We all Love Luka, but what does Luka love?

Although we are only 9 games into the Luka Doncic era it seems very clear that this 6’8” guard/forward combo can do just about anything on the basketball floor.  But as a 19-year-old in America, one thing Luka cannot do is legally drink alcohol.  While it is common for NBA players, whether at home or on the road, to go out to clubs and party after games (Champagne & Campaign as Jalen Rose calls it), young Luka Doncic cannot join in all the fun.

Last year things were different as he was travelling with Real Madrid all across Europe where the drinking age is only 18.  Even still, it doesn’t seem like Luka had very much drinking experience as he couldn’t quite figure out how to spray champagne…

This is a video of the Slovenian press conference after winning the 2017 FIBA EuroBasket tournament just over a year ago.  You can see 18-year-old Luka trying, and failing, to spray champagne on Miami Heat’s Goran Dragic and now coach of the Phoenix Suns, Igor Kokoškov.

But here in America, the land of basketball opportunity, Luka has to find other forms of entertainment since he’s no longer of legal drinking age (unless he’s in Toronto where the legal age is 18).  In my short time following Luka as a member of the Dallas Mavericks I have observed 4 things that Luka loves:

When ESPN did a player profile on Luka leading up to the NBA draft it was reported that he spent about 2-3 hours a day playing video games.  If you follow Luka’s Instagram story (@lukadoncic) you inevitably see him posting videos of his Fortnite wins with teammate Dennis Smith Jr and ex-Real Madrid teammate and now Charlotte Hornet Willy Hernangomez.  Luka also participated in a celebrity showdown for Destiny 2 in August in which he squared off against Chicago Bulls guard, Zach Lavine.

Just like their match up on Oct 22nd at the AAC, Luka came out on top.

Luka has a little brown Pomeranian named Hugo that has its own Instagram (@hugosmeker) with 5,411 followers.  Whenever we get a post from Luka, it is safe to say little Hugo is not far away. 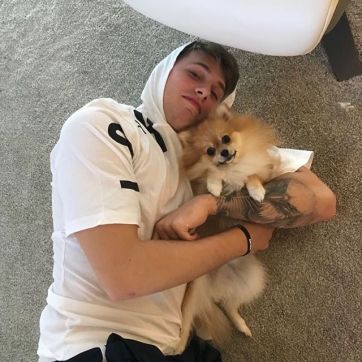 The NBA lifted their color restriction on players shoes for the 2018-2019 season and Luka has taken full advantage.  Doncic can be seen donning some sweet custom shoes before, during, and after the game. 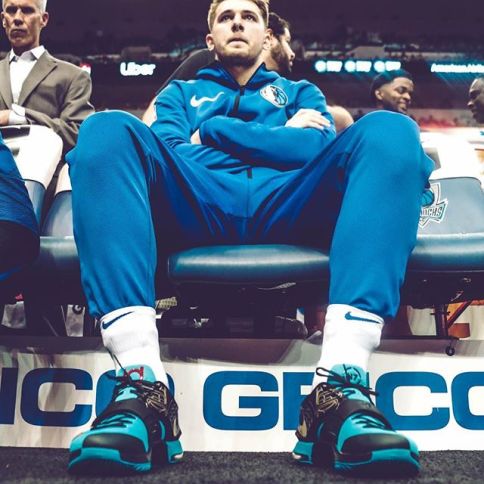 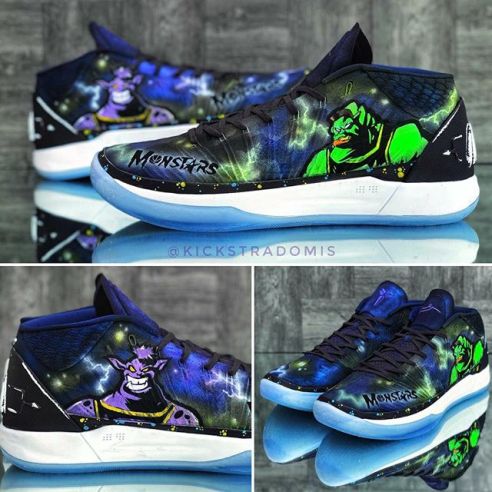 Last but not least, Luka loves basketball.  Whenever you watch highlights of Luka it just looks like he is having fun.  And why wouldn’t it be when you are on a run of winning absolutely everything.  He won 2017 EuroBasket with Slovenia; he won the 2018 EuroLeague MVP, Championship, and Finals MVP; then he won the Spanish Liga ACB title, all within the same year. Luka Doncic 2017-2018 Real Madrid Highlights

Not only does he love playing and winning but he also loves the legends.  This was evident when you could see Luka just giddy when he got to meet LeBron James prior to opening tip against the Lakers and he reportedly waited outside the LA locker room for LeBron’s signed jersey.  We also saw this photo of Luka gaining some insight into the Mamba Mentality this summer. 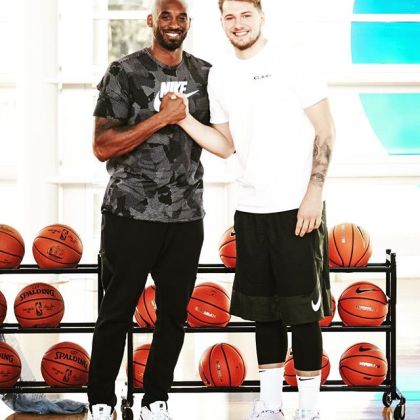 So what have we learned? We learned when Luka is not practicing or playing basketball he is most likely refining his video game skills, hanging out with little Hugo, or customizing shoes for his next game.  I’m sure MFFLs would agree with me that we would like to add one more thing to the list of things Luka loves:  being a Dallas Maverick.