The Mavericks have been one of the most exciting teams in the NBA to watch this season.  We have the WonderBoy basketball prodigy producing magic almost every night and second year menace Dennis Smith Jr growing into a defensive force and playmaker.  With all the of the hype on the amazing moments from the Menace and the Matador, the most productive player on the team can often go overlooked.  The Maestro, Jose Juan Barea, may not play the most minutes, but while he is on the floor he proves to be one of the most productive players in the league.  Consider this article JJ Barea’s candidacy submission for NBA 6th man of the year so far this season.

His 11.5 points, 2.4 rebounds, and 5.7 assists in 20 minutes per game don’t make him the most attractive fantasy basketball player, but if you project those numbers over 36 minutes they look pretty impressive. When on the floor, Barea is among the elite playmakers in the league, this is a ranking of the top 10 players in assists per 36 minutes:

Per 36 minutes JJ Barea would be the highest scorer on the Mavericks and be the leader in assists almost doubling the second best mark on the team, Dennis Smith Jr at 5.3 per 36 min.

Side note, Nikola Jokic is hands down the best passing big man.  His 9.3 ast/36 min is first among Centers by a long shot, with the the next best being Pau Gasol at 6.9 and Anthony Davis at 4.8.

Now I am not saying JJ Barea is the MVP of the league, but he should certainly be in consideration for 6th man of the year.  If he can stay healthy I see no reason why he cannot continue this production.  Nobody can stay in front of him when he has the ball in his hands, he hits defenders with and in-and-out one-handed dribble and flies into the lane with the help side big man reeling.  He blew by the self-proclaimed best perimeter defender in the league, Patrick Beverly, like he wasn’t even there, frustrating him to the point where he did everything he could to get thrown out.  The eye test tells me that JJ is dominating, and the statistics back it up.  Don’t sleep on the Maestro, defenders have been doing it for years and they always pay.

Of all the different 5 man combinations on the court in the Western Conference this season JJ Barea is the main component of the #1 most winning lineup.  If you rank every lineup by +/- while on the court together, the team of JJ Barea, Jalen Brunson, Devin Harris, Maxi Kleber, and Dwight Powell has been the most productive at +81.9 ppg per 100 possessions.

It seems like a really small sample size but if you look at the lineups in this top 10 you will find All-NBA players in almost every lineup.  Barea plays just under 20 minutes per game (about 40% of the game) and in that time on the floor he is arguably one of the most productive players in a Western Conference loaded with talent.  Using the same parameters, best +/- per 100 possessions, he is not only in the top of the best 5-man lineups, he shows up in the top lineups for 4 and 2 man lineups as well:

3-man lineups: this is his lowest standing, not showing up until #31 on the list with Kleber, Powell, and himself showing at a respectable +15 points per 100 possessions.

2-man lineups:  #4 overall.  By the time we get to this point we are no longer looking at a small sample size.  280 minutes played together is almost 6 entire games worth of time together over 23 games played by the Mavs this season.  the Tandem of Barea and Kleber is the only duo of these 5 to not have an All-NBA player, this puts him in a class with Westbrook, George, Durant, and Curry…

There is no doubt that JJ is one of the shorter guys in the league, they list him at 6′ on basketball-reference.com but I think we can all agree this is simply not true.  As the great Dirk Nowitzki once said “I think if his head would be normal size, he’d be 5’4″. But his head’s so big, it makes him about 5’9″.”

Because of his size, everyone wants to assume that JJ is a terrible defender, but when you dig a little deeper that does not seem to be the case.  His 1.3 steals per 36 minutes is 5th best on the team.  His savviness as a player does not only apply to the offensive end of the floor, JJ also separates himself on defense by drawing charging fouls on his opponents.  Nobody in the Western Conference has drawn more charges this season than JJ Barea, and he has done so playing 75 less minutes that anyone else in the top 7.  Everyone else on this list are considered to be good defenders, I think JJ deserves a little respect by more than holding his own on the defensive end.

By drawing charges the way he does, he not only takes the ball away, racks up fouls on opponents, and gets the Mavs in the bonus, but it also gets in opponents heads and gets them all flustered.  Those who have watched Barea over the years know he is one of the leagues best instigators who has a way psychologically beating his opponents, we have seen it recently with Patrick Beverly and we have seen it in the past with players like Russell Westbrook, John Wall, and the infamous Andrew Bynum play that didn’t end up to well for our Buddy JJ.

The other knock on JJ is that he is not athletic, but how many 5’9″ white guys have you seen do this…

People always want to talk about what JJ Barea cannot do, but in reality what are JJ’s limitations?  Lindsay Lohan knows…

JJ knows how to shoot his shot

On the court, JJ has always seemed to live by the old adage “you miss 100% of the shots you don’t take.”  Well, the same seems to be true about his personal life as he has kids with 2 different Miss Universe winners!

He had a son with former Miss Universe 2006, Zulekya Rivera. In 2013, he began dating Miss Universe 2011, Viviana Ortiz. The couple welcomed a daughter in 2016 and married the same year. (Rivera on the left, Ortiz on the right) 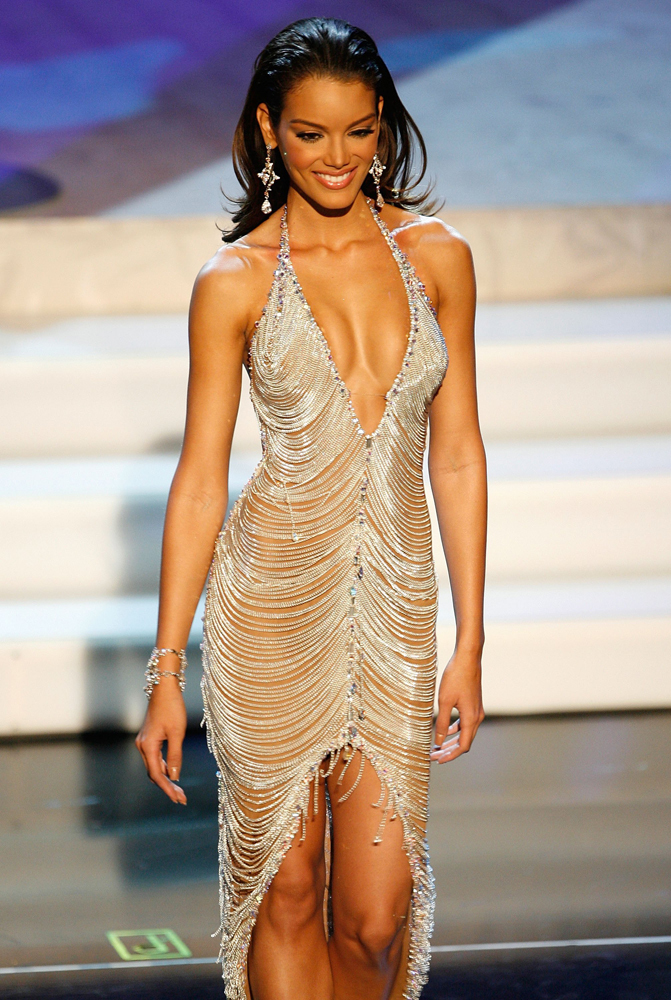 NBA Champion, Puerto Rico and Mavericks legend, one thing is for sure, JJ Barea is living his best life. Not only has he done great things for himself but he has been a godsend to the people of Puerto Rico following hurricane Maria in September of 2017.  While nearly the whole country was out of power, homeless, and hungry he Barea coordinated five trips to the island and worked with partners in North Texas to deliver generators, food, water, clothing, medical supplies, and other necessities.  He even convinced Mark Cuban to allow him to borrow the Mavericks’ team plane to facilitate delivery.  In addition to physically flying to PR and delivering supplies he also spearheaded fund raising for the country by giving $500k of his own money and nearly $400k of additional funds.  Barea was recognized by the NBA for him efforts by being names the 2017-2018 J. Walter Kennedy Citizenship Award.

With on-court and off-court performances like these, JJ Barea can play for my squad any day.